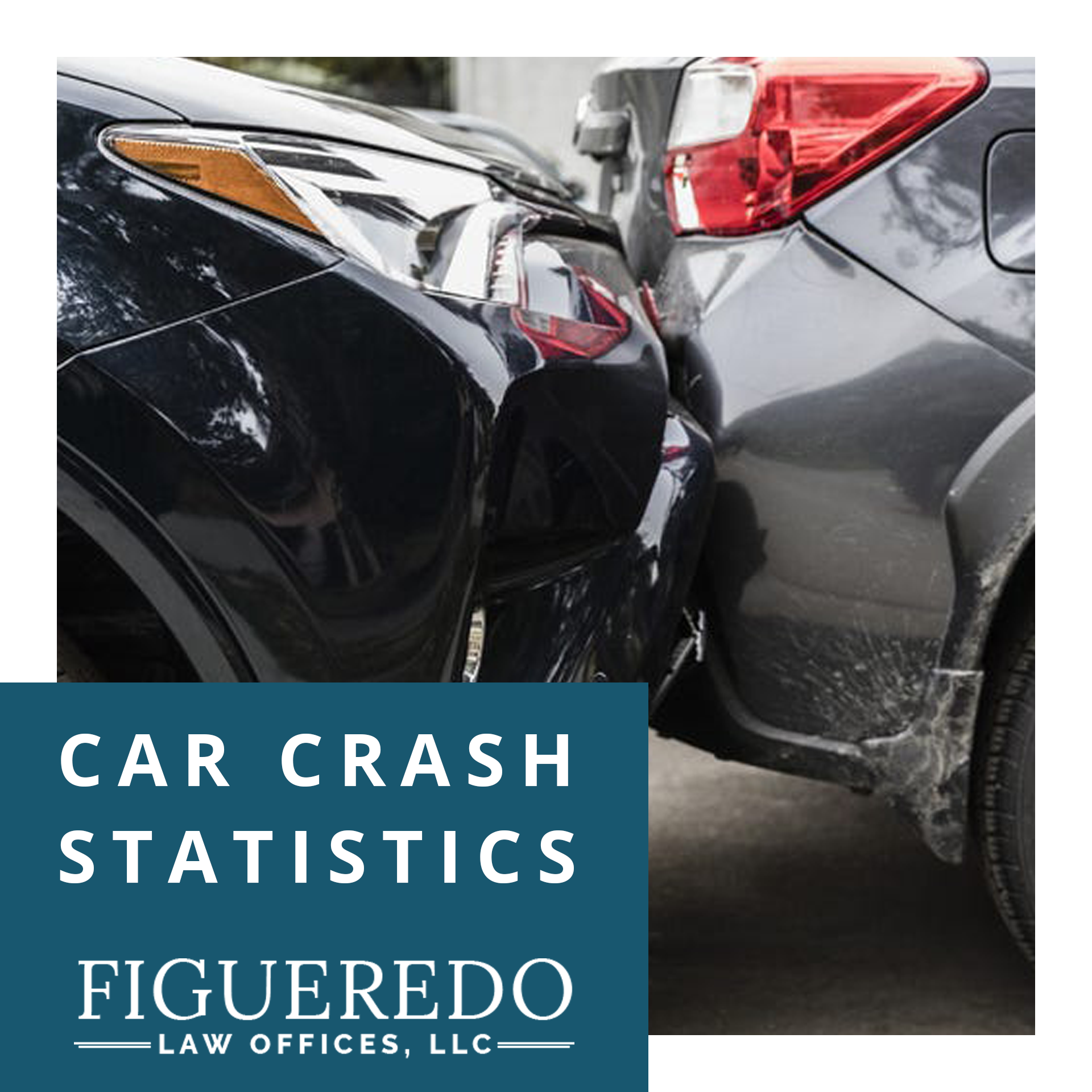 A common occurrence, yet and still something most drivers try to avoid, a car crash affects all parties involved. Car crashes can range from a mere inconvenience or a life-altering event. On the more drastic side, it could end in thousands of dollars spent on repairs, medical bills, or even have a fatal outcome.

Defensive driving is recommended by experts for all drivers. It is important to take proper precautions while on the road to keep yourself and those around you safe. But unfortunately, no matter how competent a driver may be, there are times when a car crash is unavoidable.

How many people die in car accidents?

According to the most recent reporting from the IIHS in 2019, there were 36,096 fatalities due to car accidents. When looking at the prior year, this figure reflects a 2% decrease, despite vehicle miles traveled showing a slight increase of 0.8%. This has been a nationwide trend for the past three years, which is a positive sign.

Why do people die in car accidents?

The following are leading causes of fatal auto crashes, according to the NHTSA:

Anytime a driver gets behind the wheel, they are responsible for obeying traffic laws to keep themselves and those in proximity safe. However, not everyone takes this approach when driving, and for some, this results in creating a car crash. A driver’s behavior and choices play a major role in their ability to be an effective driver. When a driver chooses to drive while drunk or under the influence, or to text and drive, the chances of a car accident are increased.

Even the most experienced driver can lose control on the road when impaired or distracted. The impact of a driver’s carelessness goes beyond themselves. As the data indicates, driver behavior or choices can have a significant impact on fatal car crashes, including the choice to drive without seat belts, speed or drive when sleep-deprived.

The NHTSA’s annual car crash report is compiled by the government and its focus is on motor vehicle fatalities. The NHTSA has not yet released official 2020 statistics; however, early estimates are available. The National Safety Council estimates there were 42,060 fatal car crashes in 2020 and an estimated 2,830 billion vehicle miles traveled. The cost of deaths, injuries, and property damage was approximately $474.4 billion for motor-vehicle crashes in this period. This data reflects an 8% increase in auto-related death, and a 13% drop in miles traveled.

As one can suspect, COVID-19 seems to have impacted trends for 2020. Data shows that certain subgroups’ influence has increased, while others decreased. For example, from March to June 2020, there was a significant decrease in fatal crashes for people over age 64. This is likely because older people stayed home due to COVID-19 and the stay-at-home order. Conversely, from March to June 2020, there was an increase in fatal crashes for younger people aged 16-44. June Shows the largest increase of 20% compared to the previous year. As most states partially reopened in June, there were more people in this age group that began to travel again.

According to statistics dating back to 1994, the total number of fatal car crashes has not seen any drastic shifts. In 1994, there were 36,254 crashes, compared to 33,654 in 2018. The year 2011 holds the record for the lowest number of crashes with 29,867. Where we see a real change in numbers is for driving factors for those involved in crashes.

Factors such as being distracted or disobeying traffic signs have varied over the years, but overall, the total number of drivers has steadily decreased from 54,549 in 1994, to 51,490 in 2018. According to the data below, speed-related crashes have yielded more fatalities in most recent years. Even though total car crash fatalities increased over the last five years, those caused by alcohol-impaired drivers have made a notable decrease, while the impact of other factors increased in representation.

*4,607 is an estimate based on FARS data and the reported decrease in alcohol-impaired driving fatalities

Geographical trends for car crashes vary tremendously due to state population. States with larger populations and heavily populated roads have more drivers and therefore more auto accidents. In 2018, Alaska’s population was 737,000 and they had 80 fatal car crashes, while Alabama’s population was 4,888,000 and had 953. In over two decades, the highest number of fatal crashes from Alaska was 101 in 2004. There was also a spike for Alabama in 2004 with 1,154 fatal crashes.

Certain factors affect the number of fatal crashes as well. According to the 2019 Crash Investigation Sampling System, 34% of fatalities were due to alcohol-impaired driving for Alaska, and 26% was also true for Alabama. Other factors such as the type of vehicle driven add to these numbers. In 2019, Alaska had the highest number of deaths (48%) involving pickups and SUVs, compared to only 24% of car occupants.

In 2019, both of these states reported a decrease in traffic fatalities. In 2019, Alaska reported 67 total fatal crashes, compared to Alabama’s 930. This trend has stayed prevalent over the decades. Numbers may occasionally increase or decrease, but the fact remains that for each state, the geographical trend is both unique and consistent over the years. Deaths per 100 million vehicles miles traveled have their own unique trend as well.

In the U.S., the CDC indicates car crashes are a leading cause of death for people aged 1-54 (most recent reports determining demographic information for drivers and other factors are from 2019).

Overall, 25,841 males were involved in fatal crashes, compared to 10,676 women; according to findings, Male drivers between ages 16-19 are almost twice as likely to die in a fatal car crash as their female counterparts.

The age group that has the highest fatality rate due to car crashes is aged 25-34 with 6,733 deaths for 2018. Even though younger drivers make up only 3.9% of licensed drivers, they account for 6.0% of fatal crashes. Conversely, elder driver trends reflect the opposite — people aged 75 and older make up 7.5% of licensed drivers but only 6.5% of drivers in fatal crashes.

The IIHS indicates that 45% of car crash deaths happened in rural areas and 53% of fatal crashes occurred with a single-vehicle accident. Leading in-vehicle type by crashes are passenger vehicles, with 22,215 occupant fatalities. In 2018, it was also reported that the most fatal crashes occurred during normal weather conditions, and during daylight with 14,147 fatalities (NHTSA).

Sometimes, car crashes are inevitable and it is not much you can do once a crash is occurring. However, some safety measures put into place by laws and vehicle manufactures can potentially reduce the chances of injury or death. One simple and safe choice that every passenger can make is to properly wear a seat belt.

Over the decades, more people have used restraints consistently. In 2017, it is estimated that 14,955 lives were saved by seat belt usage. 47% of passengers were killed because of failure to use a seat belt. By 2019, IIHS reported 90.7% of Americans saw the importance of seat belts and decided to buckle up. Hawaiians lead the numbers with 97% usage.

Although airbags were not standard for many vehicles until 1999, all cars are now required to have them installed in the front of the vehicle, and some even have them on the sides. Airbags can curb the impact of a car crash by providing a cushion between the passenger and the vehicle itself. Airbags saved 50,457 lives from 1975 to 2017, according to NHTSA data.

Over the years, laws have changed from state to state regarding motorcyclists wearing helmets. Even if it is not mandated by law, wearing a helmet when on the road it is a widely recommended safety measure. Since the 70s, 45,746 lives have been saved by proper helmet usage (NHTSA). While these safety measures may seem small, it is proven that they are impactful on the number of lives saved.

The impact of car crashes

While it is clear that car crashes can cause injury or death, they also have an emotional impact on those involved, as well as an economic impact that affects the whole world. Car crash survivors can suffer from a post-traumatic stress disorder and be fearful of future car usage.

Economically, hundreds of thousands of dollars are spent between service workers dispatched to the crash, medical expenses, damages, and lawsuits. In 2018, the III indicates the average claim for property damage was $3,841, and $15,785 for bodily injury claims. Most affected by car crashes are low- and middle-income countries. It is estimated that from 2015-2030, car crashes will result in approximately $834 billion dollars in economic loss, globally. 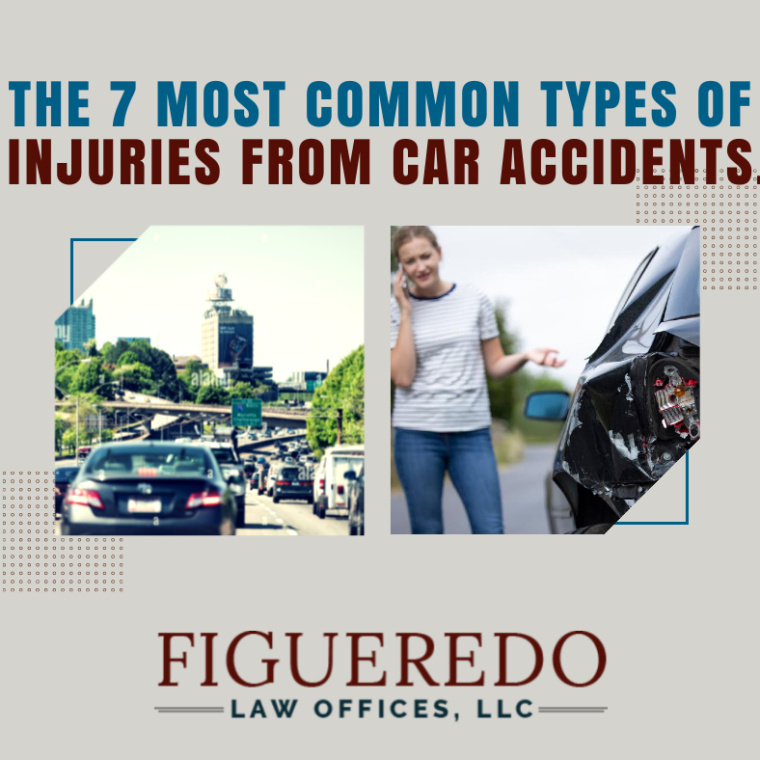 The 7 most common types of injuries from a car accident

Car accidents are always in the back of our minds as an everyday potential for disaster. Luckily, if you do find…

END_OF_DOCUMENT_TOKEN_TO_BE_REPLACED 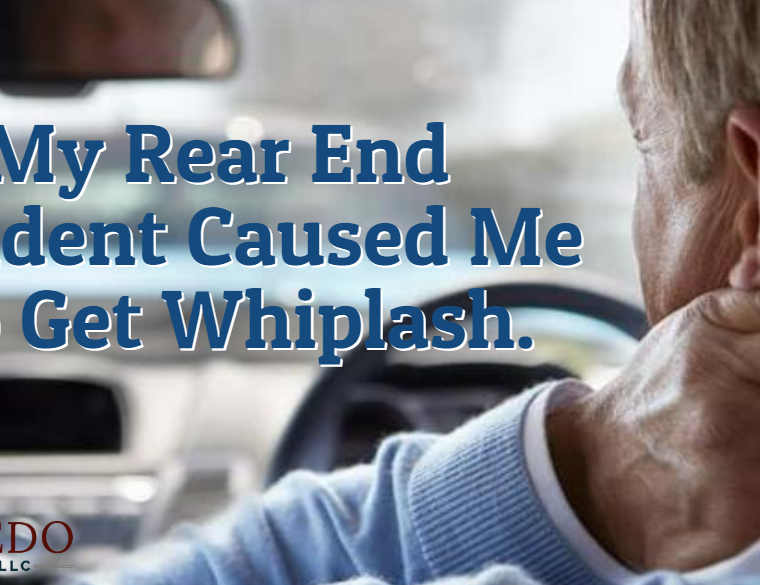 My Rear End Accident Caused Me to Get Whiplash. What Information Do I Need to Provide My Car Accident Attorney?

If you were involved in a rear-end accident the likelihood that you sustained whiplash injuries is relatively high. These types…