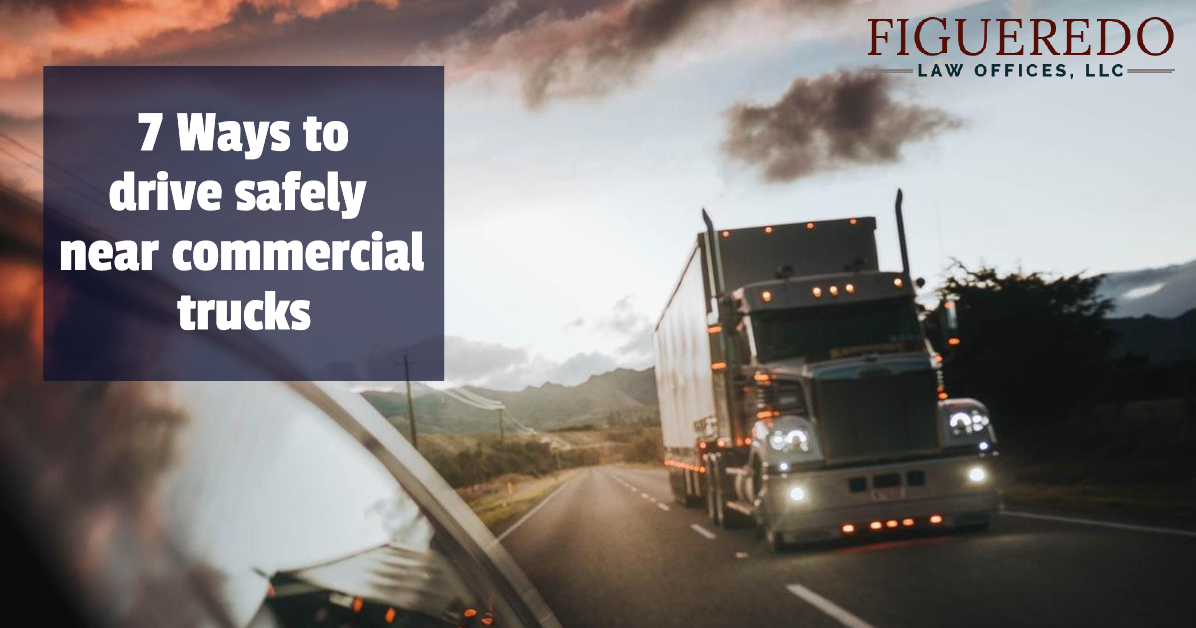 Thousands of people are killed or injured in traffic accidents involving large or commercial trucks each year in the United States. Fatalities from traffic accidents involving large trucks increased by nine percent in 2017. Eighty-two percent (82%) of those fatalities were individuals who were occupants of other vehicles, bicyclists, pedestrians, or other non-occupants.

7 Tips For Sharing The Road With Commercial Trucks

Commercial trucks have large blind spots that cover most of the entire truck. Learning where these “no zones” or blind spots are located can help you avoid a crash. A truck driver’s blind spot extends about 20 feet in front of the truck, 30 feet behind the truck, one lane to the left, and two lanes to the right.

Use your turn signals whenever you are driving near a commercial truck. A large truck cannot stop quickly. If the driver knows that you are merging in front of the truck or you are turning, he or she can begin slowing down in anticipation of your maneuver. Use signals as much as possible to help tell other drivers your intention.

Cutting in front of a large truck is extremely dangerous. If you are in the blind spot, the truck driver cannot see your vehicle. Make sure that when you are passing a commercial vehicle, there is 20 feet or more between your vehicle and the truck before merging into the truck’s lane. Always use your turn signal to give the driver as much time as possible to react or adjust the truck’s speed if necessary before you move into the lane.

4. Do not drive while distracted.

5. Do not drive with your high beams behind a truck.

6. Do not drive between two commercial trucks.

Avoid driving between two large trucks whenever possible because your vehicle could be caught in a wind draft between the trucks. You are also in the blind spot of both trucks. If you must pass between two trucks, do so as quickly as safety and speed limits allow.

In general, it is best to give a large truck as much room as possible to maneuver. For example, a truck driver may need to slam on breaks. If you are following too closely, your vehicle could slide under the truck. Trucks are also prone to tire blowouts, which can cause large pieces of the tire to fly in front of or strike your vehicle. High winds and heavy loads can also make large trucks prone to rollover accidents. 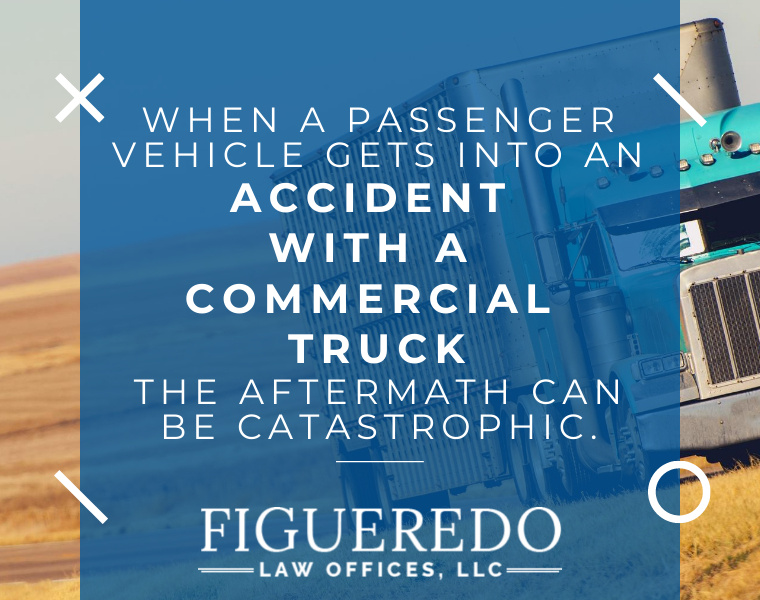 When a passenger vehicle gets into an accident with a commercial truck, the aftermath can be catastrophic.

You can pursue financial compensation if your truck accident was caused by the negligence or wrongdoing of someone else, such…

END_OF_DOCUMENT_TOKEN_TO_BE_REPLACED 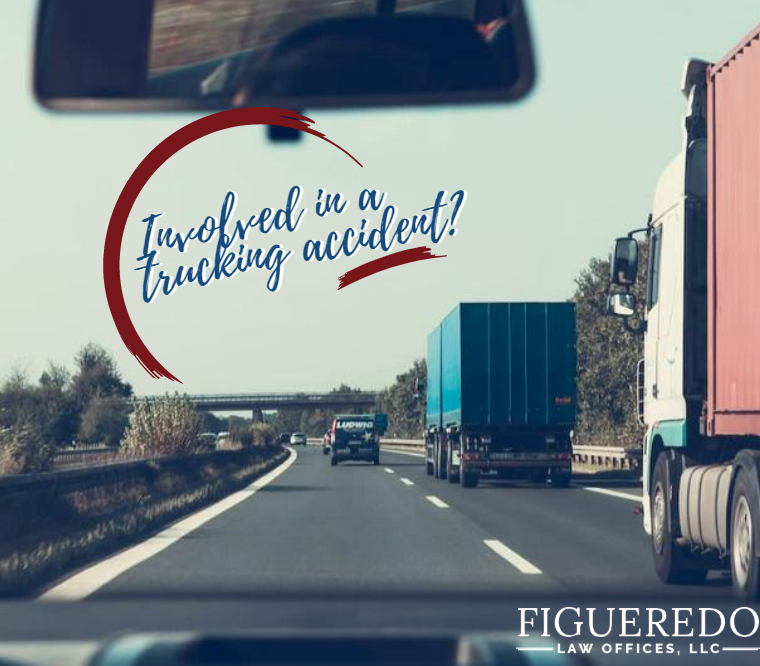 Involved in a trucking accident?

18-Wheeler Accident Lawyer At Figueredo Law, we handle car wrecks and collisions caused by 18-wheelers or any other commercial vehicle.…