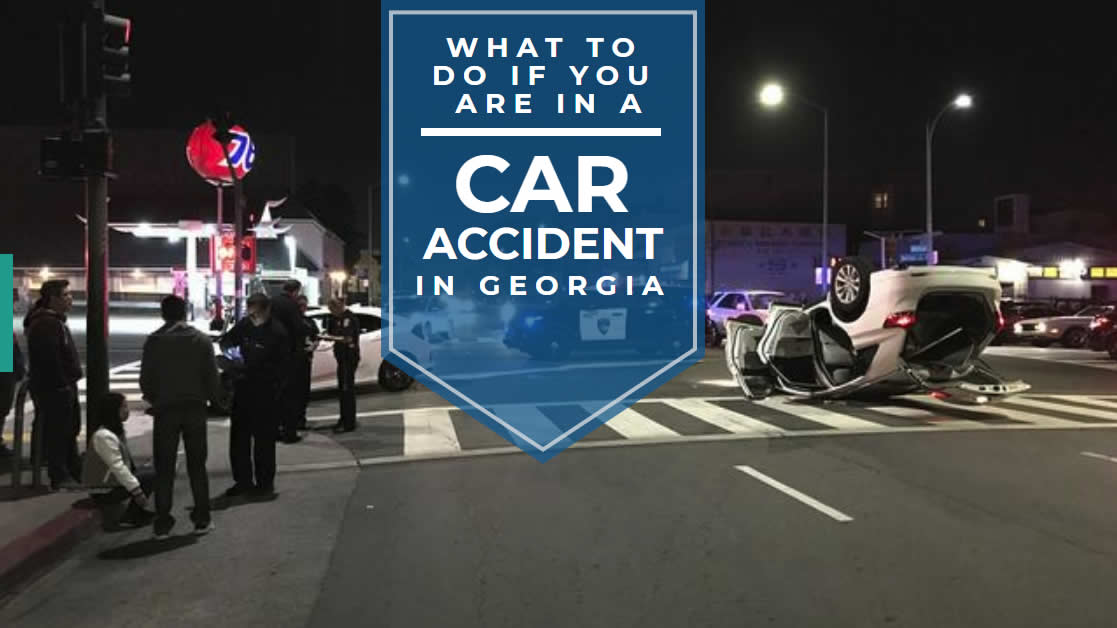 Though drivers should always exercise caution, auto accidents happen when least expected. In some cases, crashes can severely injure or kill occupants, as well as put drivers at legal risk. In 2011, the most recent year for which statewide data is available, 1,223 people drivers, motorcyclists and pedestrians were killed in auto accidents, according to the Georgia Governor’s Office of Safety.

Knowing your responsibilities and rights, as well as preparing for the worst possibilities, can lessen the driver’s stress and worry after a wreck. Here are some steps drivers can follow to navigate the most common stages that take place after an auto accident.

New drivers and those who have recently bought a new car will want to purchase liability insurance from a provider before driving. In Georgia, customers must choose an insurance policy that, at a minimum, protects the person from costs associated with one auto accident death, or injury or destruction of personal property totaling less than $25,000. For accidents involving two deaths, the insurance policy has to cover up to $50,000 in costs, according to a SafeAuto Insurance article.

SafeAuto’s website says that Georgia does not accept insurance cards as proof of a driver’s policy. Instead, officers check insurance status through the Georgia Electronic Insurance Compliance System. However, drivers should still keep vehicle registration paperwork, insurance cards and other documents in a secure location, such as the glove box, according to Allstate’s website. Customers should also check with their insurance companies to make sure they’re covered for common needs such as medical reimbursement, car rental, and car repair.

Keeping an emergency kit on hand can also provide drivers with a number of tools useful for wrecks and emergency maintenance. Geico recommends packing trunks with anything that could be useful in a pinch — water, first aid, extra clothes, and gloves — as well as vehicle staples such as flashlights, window washer fluid, and ice scrapers. Drivers should also keep their phone charged and carry chargers with them in case of emergencies.

It’s important to remain calm and help law enforcement resolve the situation safely. First, check on the occupants of the other involved cars to determine whether anyone was injured. Call 911 and thoroughly describe the wreck, any medical needs and the location of the crash. If the vehicles involved are still operable, drivers are required by state law to move vehicles to a safe, nearby location off of the roadway, according to the Atlanta Police Department.

While drivers wait for an officer to create a report, State Farm recommends that each party exchange information. Each policyholder should also get the names and contact information of each passenger or witness available, and take detailed notes that include a diagram of the scene. Take pictures and video that show the conditions that day and the damage done to both cars. The State Bar of Georgia provides a sample form that can be used to gather details on the scene.

Though drivers should be polite and assist the other vehicle, State Farm warns that drivers should avoid admitting fault and should only discuss facts or personal notes with police, insurance agents and personal attorneys. Even if a driver believes herself not to be at fault, she should refrain from leaving the scene before other parties do, according to the Georgia bar. If a police officer issues a ticket on the scene, drivers can choose to accept the penalty on their license and pay the fine or contest the charge in court, according to Georgia’s website. Drivers should consult with their lawyer before pleading to charges or paying fines, as it could be used as evidence later in a civil lawsuit.

Drivers should also ask officers for information on how to obtain the accident report, who to contact for questions and how to retrieve their car if it was towed during the accident. Some local police departments require drivers to come to the station to pick up a report. Those involved in accidents handled by Atlanta police can obtain their reports through www.BuyCrash.com.

Fear of higher premiums or insurance cancellation can make it tempting not to file a claim. Not filing, however, can increase your risk of losing a lawsuit if one arises, according to an article on Geico’s website. It can also increase the chance that your insurance will not cover any medical expenses or repair bills associated with the accident.

As soon as possible after an accident, the State Bar of Georgia recommends that each party send a written notice detailing the accident and everyone involved. If someone in the other party contacts the driver with any bills associated with the accident, they should be sent to the insurance company and not be paid until fault is determined in the accident. If the driver’s coverage is not enough to meet the amounted demanded in the other person’s claim, he should contact his personal attorney for options, according to the state bar’s website.

When someone reports an accident, companies send liability investigators, who are tasked with determining who is at fault in an accident and what damages and injuries are covered by their client’s insurance, according to an article on Geico’s website. Liability investigators conduct lengthy interviews with drivers, passengers, and witnesses to determine how much fault should be assigned to each party. They also consider police reports, admissions of fault and any charges given on scene. Once investigators complete their examination of the case, the insurance company will process the claim. That decision can be revisited if new information comes to light.

After investigators determine who is at fault, that driver’s insurance will pay for property damages or medical bills. Regardless of fault, a driver who has collision insurance should be able to make repairs to her vehicle as long as she can affording the deductible, according to Geico’s website. Some insurance providers will recoup drivers’ losses if the other driver does not have insurance, but there is no guarantee that the person will be able to pay.

If someone is injured in an accident, he can sue the at fault party in civil court, according to the Georgia bar. The amount settled on is usually determined by a jury, who weighs medical expenses, wages lost and the pain a person has suffered as a result of the accident. Drivers can also sue to replace or repair property damaged during the wreck. Georgia is one of 12 states that follow the 50 Percent Bar Rule, which means that a driver cannot recover losses if she is more than 50 percent at fault, according to an article in Claims Journal. Each party should consult with a personal lawyer to determine if a lawsuit is appropriate for their case.

Though Georgia law allows parties to bring claims forward up to two years after personal injury and four years after property damage, drivers should determine quickly if they wish to sue the other party involved in the accident so that their insurance company and a personal lawyer can assist with achieving the best outcome.

Once an accident is settled, drivers may still be left with some issues that need to be addressed. If traffic-related charges required the Georgia Department of Driver Services to place points on either driver’s license, they may need more info on how to restore it. Drivers will also need to any court decisions, such as orders to serve community service hours or attend a driver’s education school. Drivers and companies involved in accidents can appeal, as Dougherty Equipment Company did after one of their employees injured a Georgia woman in 2008. However, some appealed cases may only be heard at the higher court judge’s discretion, according to Cornell University Law School, and appealing a case is no guarantee that the unsatisfied party will win.

Esurance cautions drivers not to immediately assume that their premiums will increase after an accident, even if they are found at fault. Many insurers offer accident forgiveness and use factors like customer loyalty and safe driving histories to determine how the driver’s rates will be affected.

Regardless of the crash’s outcome, drivers should find ways to protect their vehicle from future damage and contact their insurer with questions about ways to improve their coverage, according to State Farm. 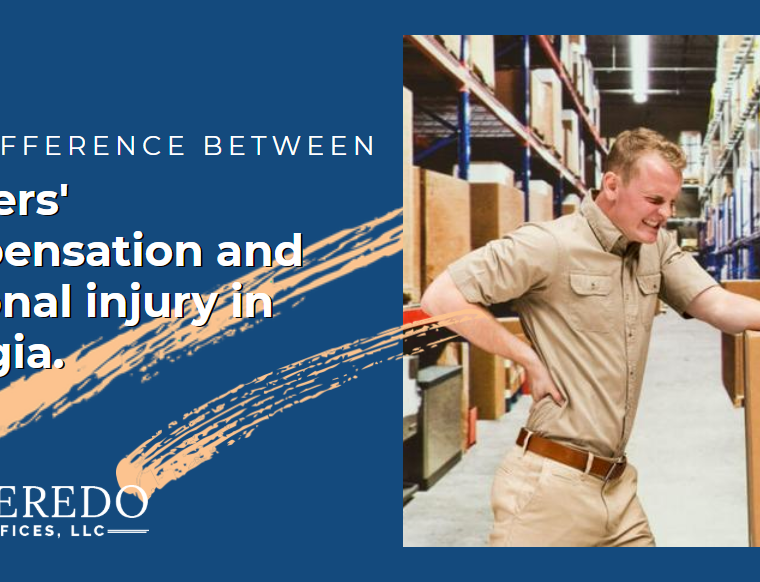 The difference between workers’ compensation and personal injury in Georgia

Whether your job involves sitting at a desk or is a more physical occupation like construction, on-the-job injuries can have devastating…

END_OF_DOCUMENT_TOKEN_TO_BE_REPLACED 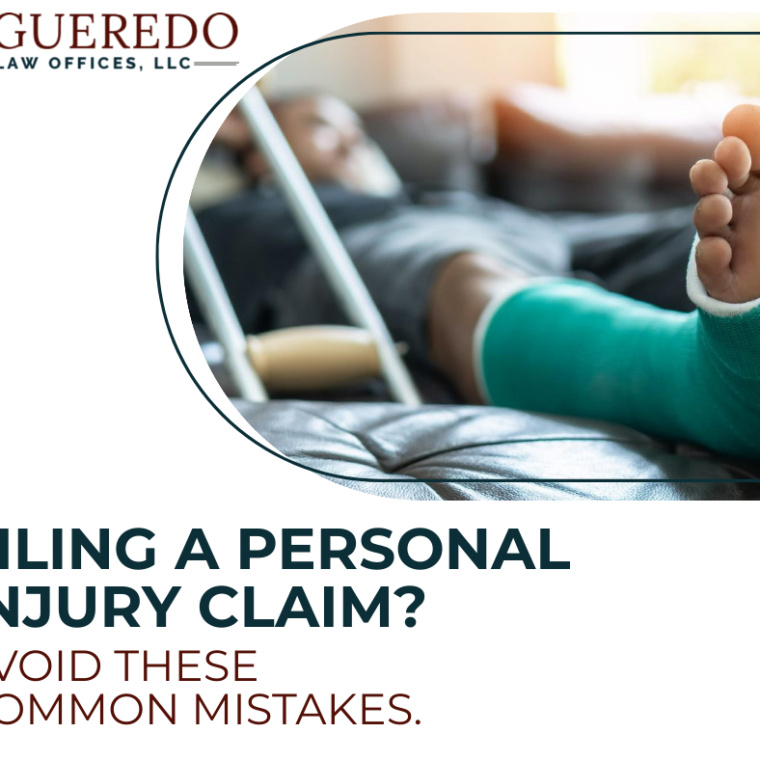